Does your child have eco-anxiety? Here's how to tackle it

"Twelve years left to save the planet" read one recent headline; "1 million species on the brink of extinction" read another. Little wonder that eco-anxiety - "a chronic fear of environmental doom" - is attracting growing attention, particularly as a problem among younger generations.

Although not yet listed in the mental health manual DSM-5, a number of professional organisations such as the UK Council for Psychotherapy (UKCP), the American Psychological Association (APA), and the Wellcome Trust have written about it.

Symptoms of eco-anxiety include anxiety, depressed mood, insomnia, and feelings of loss, fear and helplessness. Symptoms in children may also include separation anxiety and somatisation - signs suggestive of physical illness but without a physical explanation, for example, stomach aches, headaches and extreme fatigue. 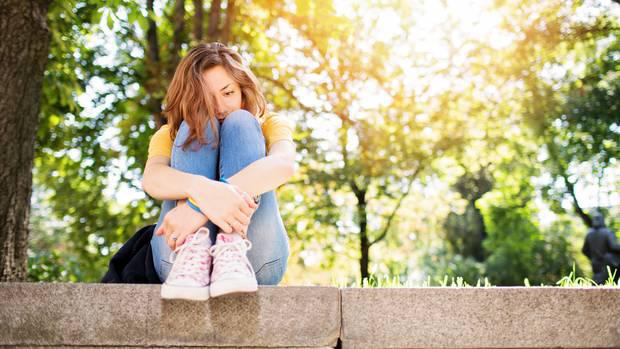 Last Sunday, November 25, was the International Day for the Elimination of Men's Violence Towards Women. This is a day we mark in New Zealand as White Ribbon Day. It aims to end men's violence towards women by encouraging men to lead by example and talk to other men.

On the Nutters Club on NewstalkZB we fittingly had Eteuati Ete - one Half of the Comedy Duo "The Laughing Samoans" - and wife Mele Wendt as our guests.

Ete, who had been physically abusive in his relationship, talked about how he had overcome, with help and support, his violence & how Mele came to forgive him. 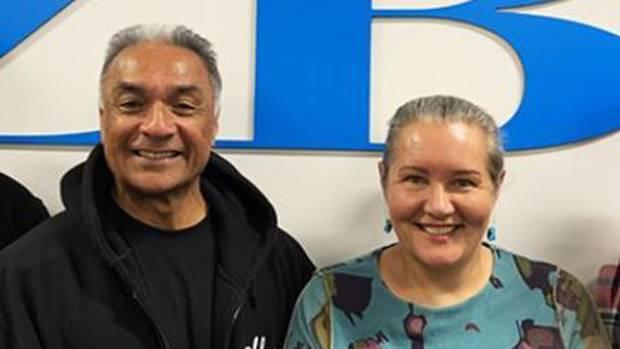 Government Inquiry into Mental Health could look like this

All of the recommendations of what came to be known as the "Patterson Report" into mental health and addictions have been implemented.

And the Mental Health and Wellbeing Commission oversees a national set of services that have enabled, over time, our suicide rate to drop - exceeding the 20 per cent target of 2018.

No shortages of peer support workers, counsellors, psychotherapists or psychologists: a decade-long workforce plan has trained more and more people, with the promise of ample work in the national mental health service.

And it's a service funded to provide treatment to up to 20 per cent of the population, although the number of people experiencing severe psychological distress has, for the first time in many years, started to decrease. 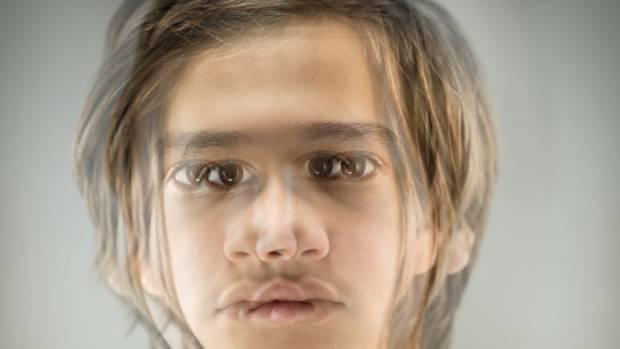 The report focuses on the need to expand access to treatment, along with a wholesale change to the way that mental health and wellbeing is treated in New Zealand.

This includes taking a whole of Government approach to wellbeing, and establishing a Mental Health and Wellbeing Commission.

It's hugely encouraging to see the review panel so clearly put people, and their whānau, at the heart of this report, recognise much of the system needs to change, and that there is a clear and urgent need for greatly expanded services to cater to those with so called "mild to moderate" mental health difficulties.

Kyle MacDonald: Why we need to legalise synthetic drugs

This week the death toll due to synthetic drugs hit 50 - with coroner Michael Robb calling for a change of approach to users, and easier access to addiction treatment.

I refuse to call these drugs "synthetic cannabis", because this only further confuses the issue.

Synthetics are man-made chemicals, made to target cannabinoid receptors in the brain, but they are much more intoxicating and dangerous than cannabis; they seem to be much more addictive and can result in serious harm and death.

Meanwhile, we have the same pointless argument about whether we should re-classify synthetic drugs, making them more illegal and making users subject to harsher penalties.

Advertisement New Zealand has an opportunity to flip the script and become a world leader in drug law and treatment. 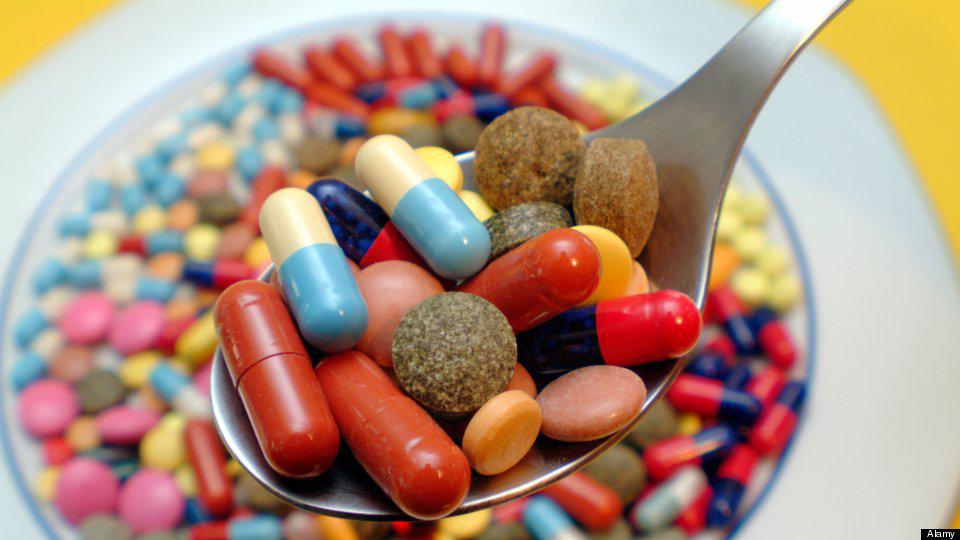 Kyle MacDonald: Why you shouldn't lose your faith in humanity

If you spend too much time watching the news, reading the comments online, or on Twitter, it can be easy to feel that the human race is spiralling towards ever more cruelty, selfishness and brutality.

Underpinning the capacity for billions of human beings on the planet to live with varying levels of co-operation, is the imperfect ability to be altruistic.

Advertisement Altruism is something that has puzzled psychologists and students of human nature throughout human history.

On the other hand, individual selfishness does tend to stop people from making overly generous offers, but an understanding of generosity tends to push towards fairness.

It says people will try to maximise their own gains, and behave selfishly.

So call me a Social Justice Warrior, but it isn't altruism or a lack of generosity that is driving our species to the brink. 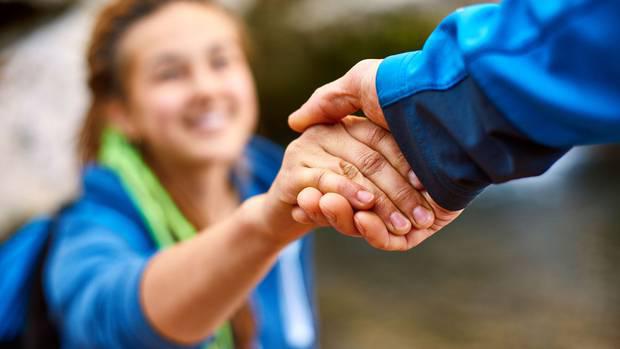 Scores of Kiwis are ditching their loafers, heels or sneakers in favour of gumboots today, in support of inaugural mental health initiative Gumboot Friday.

Mental health charity I AM HOPE and its founder - New Zealander of the Year Mike King - have launched the initiative to raise money and awareness for children's mental health.

Kiwis are being encouraged to don a pair of gumboots to work or school and bring a gold coin donation.

King's organisation I AM HOPE said the fundraiser was a fun way for Kiwis to join in the mental health conversation, while raising money to provide free counselling for kids in need.

Prime Minister Jacinda Ardern is throwing her weight behind the campaign. 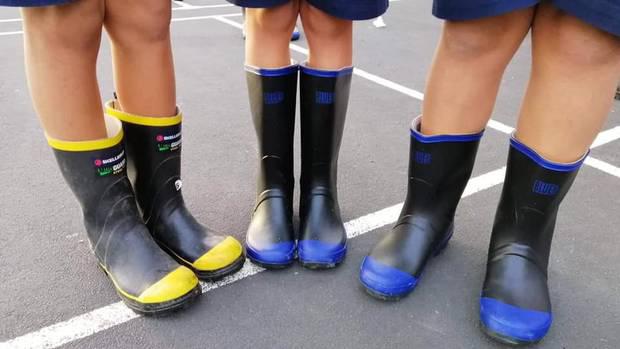 We now live in an age of Twitter pile-ons, 24-hour news, and tribal politics and have become only too happy to leap on an opinion, or a way of seeing the world we disapprove of, to vilify and belittle.

Indeed the week's events involving Member of Parliament Jami-Lee Ross made for robust, heated, tribal, political drama - right up to the point where it was announced he was undergoing mental health treatment.

And I'm not suggesting for one moment that Mr Ross' alleged abuse of women and misuse of power be excused.

But It has made me wonder whether those of us who bray for political blood are both responsible for the events that made this sort of abuse possible, and the fallout now visited upon Mr Ross - and the alleged victims of his behaviour.

Because we can't relish the opportunity to hate without also accepting - and taking responsibility for - its inevitable consequences.

We can't advocate for better mental health for all without acknowledging the role that abuse of power and bullying plays in the emotional wellbeing of our communities.

You'd think Mental Health Awareness Week would be one of my favourite weeks of the year.

But you'd be wrong. Fact is, I feel deeply conflicted about it, and no more so than this year.

In principal, it's a good idea: that we take some time to raise awareness about mental health, to talk more openly about what helps and the impact of mental health problems.

It's also true that lots of good awareness work, year on year, has brought us to the point where we are talking more openly than ever before about depression, anxiety and confronting stigma head on. 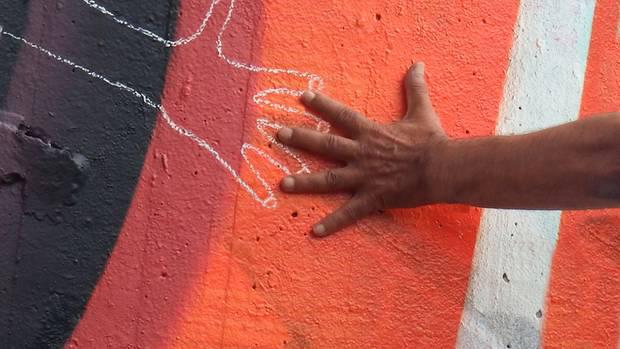 Kyle MacDonald: The Truth About People Who Are 'Self-destructive'

The idea we can do things to sabotage ourselves is one of those concepts that has much common sense appeal. Yet what are we actually saying when we describe ourselves - or other people - as being self destructive?

Most often it's a throwaway line: "I don't know why I did it. I guess I'm just self-destructive". Without doubt, many things we do - that may not make much sense to us - can seem that way.

Drinking or taking drugs to excess, deliberately hurting ourselves, arguing with and hurting those we love, avoiding important meetings or even job interviews, can all make it look like we're our own worst enemy. 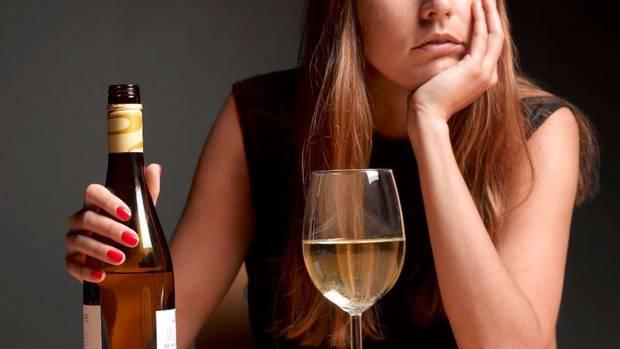